All three are highly toxic carcinogenic so get over it all of them need to be banned . These elder people don't understand what these chemicals can do the future generations .

"although they agree with the bans on the other two chemicals."    They agree to ban what they don't use anyway! 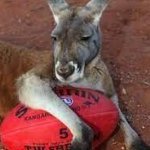 Farming is complex and hard for a lot to understand. Please do not generalize.