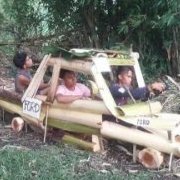 All very well Richard but you forget the greatest risk to all those motorcyclists, lunatics in cars, minibuses and trucks. these cause most of the accidents but get left out of the statistics as they'

No it doesn't - it ranks Thailand as one of the most dangerous places to 'Ride a Motorbike'.   74% of deaths are on Motorcycles.  12% of deaths are in 4 wheels vehicles / cars - Thats 2

You could search and find an identical news story to this from one, two, three etc years ago.    Einstein's famous quote could not be more apt to describe Thailand's road safety enforcement.