that is why I do 50 frenulum pushups everyday.   you can't be too careful. 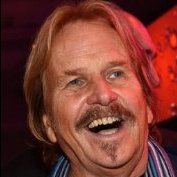 Do you really want that the TV members help you to find it?

Yes, it does to limit the ability to pluck.