'good looking woman'? Are they blind? She looks what she is, a dim witted, stupid, cow. which is an insult to cows, especially the pretty ones. 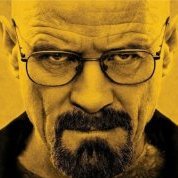