By webfact,
January 15 in Thailand News

Good idea but should also then scrap all requirements for a compulsory insurance. If they lost around 400milj bat and have 40milj visitors (2019) all they need is a 10baht tax.   They estima 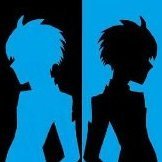 It does not appear to 'insure' uninsured tourists. Not unless on entry to Thailand such tourists are issued an insurance policy 'free' in return for 300 baht. That's not likely.   The money