Brits banned from travelling internationally - including to Thailand

By webfact,
March 8 in Thailand News

Surprised the world didn't get together and does this years ago.

Seems draconian, controlling and boarder line Communistic.  Sure glad I am not from or in the UK. 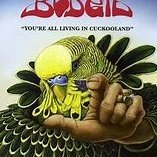