SURVEY: Will Thailand get the virus under control?

By Scott,
April 10 in Thailand News

SURVEY: Covid, out of control or controllable?

Where was the option to say no government can control COVID. No need to bash the thai government.

the third wave has already started several days ago, with many clusters and will last about 3 months (first one was march-may, second december-february). The previous ones were less contagious, s 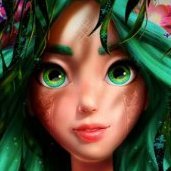 In the end it boils down to: You can't control what can't be controlled. Believe me. I know what I'm talking about - I am married to a Thai wife!!!!