By webfact,
May 4 in Thailand News 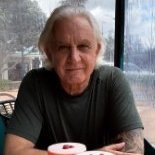 I feel very sorry for all those, both here and overseas, caught up in this economic disaster through no fault of their own.

This is what Agoda says regarding occupancy next week. You just have to induce the punters to be quick or prices will go up. BS

That is a very, very optimistic view IMO.   My view is that 'normality', if one is referring to pre covid tourist numbers of 40 million a year will never be reached again. Thailand, alo