You have been made King of the world – What Would You Do ?

By tomgreen,
May 4 in Farang Pub - fun, entertainment and Expat life

I have to admit I would love that.  I don’t have an immediate list that comes to mind. I would rather be very spontaneous and have fun with it on a daily basis   But some things do 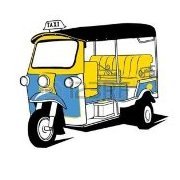 Is Thailand really getting that boring?

So there you are taking you dog Spike out for its evening walk , the sun's going down as you enter the local wood , Spike runs off and disappears from view. As you venture deeper into the wooded area