By webfact,
May 6 in Thailand News 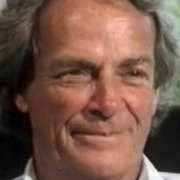 Yesterday BH group warned that just mentioning personal vaccine reservation info to the media is a felony and against the law. Now jail for taking a vaccine.   Contrast that to Lao and other

I've never seen a life or death situation handled with so much incompetence.   I'm actually lost for words.   Despicable.

Because he is a whole lot smarter than the people who are running the country nowadays.   He was the only PM in Thai history who was freely elected in a legal democratic vote and was PM for