Something afoot  ?, why do they need to come out trying to say don't worry it's all good, that's when people start to worry. regards worgeordie

What nonsense! Tier 2 Capital adequacy levels of Thai banks are some of the highest in the industry and because of the demands made by BOT, far higher than they need to be. NPL's are only slightly hig 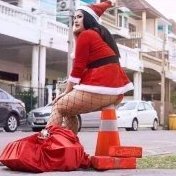