By webfact,
May 19 in Thailand News

Only 8 AM and the first U turn of the day reported, keep 'em coming we all love a cheer up 😀 How is he going to get 70 per cent of Bkk vaccinated in 2 months at this rate? 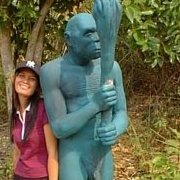 Well it's obvious, he does not want to be embarrassed by the words - "No have!"

Another day, another u-turn. Who would've thought....