I always enjoy reading and listening to guys complain about there caddies. "They were slow, couldn't read a green, couldn't drive the cart. I have often wondered if there is a blog somewhere that allo

For those of us who enjoy the game but still have a sense of humour - During my physical examination, my doctor asked me about my physical activity level. I described a typical day, "Well, yesterday 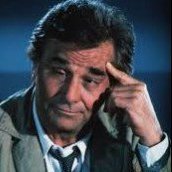 And on that note, I think this topic is done. CLOSED