Birds in your garden 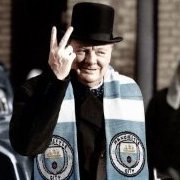 Talking of colourful but common birds, I managed to get this photo about right of a White-throated Kingfisher. Rarely seen near water, happy hunting in fields etc.

Obviously not in my garden, but in Kaeng Krachana NP last week. Also saw a lot of Grey Wagtails which are among the earliest of the winter visitors reminding me that it's time to keep my eyes open in